The Decker’s Nursery, Inc. family nursery business began in the year 1921. The business was founded by Paul Offenberg. Paul was a new immigrant from Holland, where he had been Royal Garden Advisor for Kaiser Wilhelm prior to the beginning of World War I. The business was named The Paul Offenberg Nurseries, and was located in Columbus, Ohio at 1988 E. Livingston Ave. The business was involved in propagation, grafting, liner production, retail landscaping, and general retail sales. In 1945, the business relocated to 3415 E. Livingston Ave. The focus remained the same, however more space was available for evergreen B&B production. 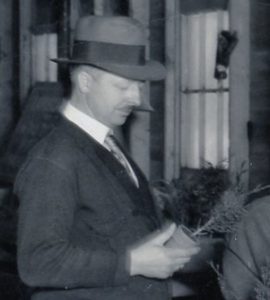 To 1971 - Rager Rd, Groveport Ohio
Expanding with a vision!

In Late 1953, Paul’s son-in-law, Bernard J. Decker joined the business as Vice President. Bernard’s background was in ornamental iron and steel fabrication, which he had practiced since returning from World War II as a decorated radio operator and gunner in the US Air Force over Europe. The training in steel and construction eventually paid off later in his career. During his time, all greenhouse construction at our present location was fabricated in house under his direction.

Bernard Decker took over the reins of the business and proved to be a quick study as company President, propagator, landscape designer, and nursery sock salesman. In 1967 Bernard was elected President of the Ohio Nurseryman’s Association. The business steadily prospered over the years, and in 1974 new land was purchased in Groveport, Ohio as a site for future relocation. At this time, Brian M. Decker, Bernard’s son and Paul’s grandson, pursued Horticulture as a career, and in 1976 enrolled at The Ohio State University seeking a degree in Horticulture. 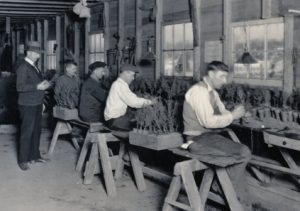 Brian graduated in 1979 from Ohio State, and joined the business as a manager and landscape salesman. In 1981, the business relocated to its current location in Groveport. The focus in the gradual construction of the new facility was propagation, pot liner, field B&B production, and container production. In addition, the corporation was reorganized, and the name was changed in 1981 to Decker’s Nursery, Inc. In 1992, Brian became President of the company and in 1993, Brian was elected President of The Ohio Nursery and Landscape Association. 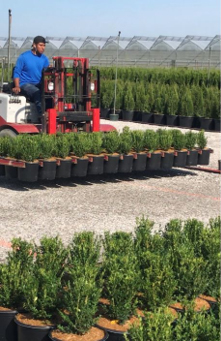 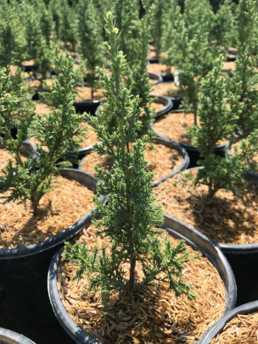 A focus on automation and eco-friendly!

In 1999 a new 108-acre farm was purchased nearly adjacent to the main nursery. In 2004 a major million dollar plus construction program began on the new farm to construct buildings, ponds, shipping docks, and a 6-acre propagation and liner production facility.

Modernization and Automation has enabled the company to move to a new level in national propagation and liner production. This facility continues to expand as custom contract propagation and liner production takes center stage in the company’s future expansion. In 2017 Decker’s Nursery completed stage one of 3.1/2 acre Westbrook greenhouse structure - this doubled the liner growing area.

Current and Future growth – In anticipation of 100 years in the business Decker’s Nursery is ever expanding to meet your needs even more!

Celebrating the future with Automation and Eco-Friendly Practices

Here at Decker’s Nursery we are always looking for ways to utilize automation and especially - keep it green with Eco Friendly practices.

Decker’s Nursery – successful because we are always looking to the future. Automation at Decker’s Nursery has allowed for higher production rates and increased productivity, more efficient, eco-friendly use of materials, better more consistent product quality.

Ecommerce – Wholesalers can now order online from Decker’s Nursery, Inc – and still receive the level of customer service that keeps consumers coming back! There is no moving forward with out being part of Ecommerce in our 99th year here at Decker’s Nursery, we have also partnered with Bower & Branch as a grower- paving the way to participate in the world of marketing and ecommerce in Horticulture.

Fork Moving with a Trike – this saves hours of payroll dollars and allows our workers to use their trained expertise in other areas of production. We have customized in-house our forks to move Liner Trays, 1 Gallon, 3 Gallon, 7 Gallon and even 15 Gallon Pots. Check out our video section to see our Trikes an multiple size forks in action.

Trimming – Automation with trimming machines has increased uniform shape and consistent size to our product lines to give you a better-quality product. Check out our videos to see our line, traditional and conical trimming automation.

Rice Hulls - We cannot say enough good things about our experience since starting to use rice hulls as a topper in our potting process. It is environmentally friendly, gives us considerable savings in payroll dollars by significantly redefining hours needed by multiple employees in our “Walk Around” weeding! Rice Hulls are consistent weed prevention, it has also reduced chemicals used which benefits the environment and is an expense reduction – we can’t wait to have all our stock topped with Rice Hulls!

Solar – We have teamed up with EcoHouse Solar to put the sun to work for us yet again! In progress is our $250K installation of 2 solar panel systems to provide all the electric for our propagation barns and our green house that is the size of 3 football fields!
The simple analogy for approximately one month equates to over 10,000 Lbs of CO2 Emissions Saved and the Equivalent of 253 Trees Planted. It has been a fun project and we cannot wait to reap these “natural” rewards!

Plastic - Decker’s Nursery has reduced its plastic consumption by 25% in the recent years. We now use layered netting to over winter much of our container stock. Netting is more expensive, but reusable and while we take a very minor hit on numbers survivability, we are willing to make that sacrifice to be more environmentally friendly. 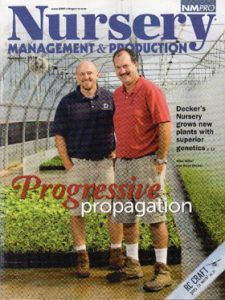 “Decker’s customer service is excellent; they know their inventory, their product, and their customer.  They always do what they say they’re  going to do and in the set time frame.”

“They have a great choice of plant material, which you know is going to be an excellent value and of consistent quality. Mike and Keith are not only knowledgeable, but can help you evaluate your products and growing methods and even “tailor” a product that best fits your scenario.”